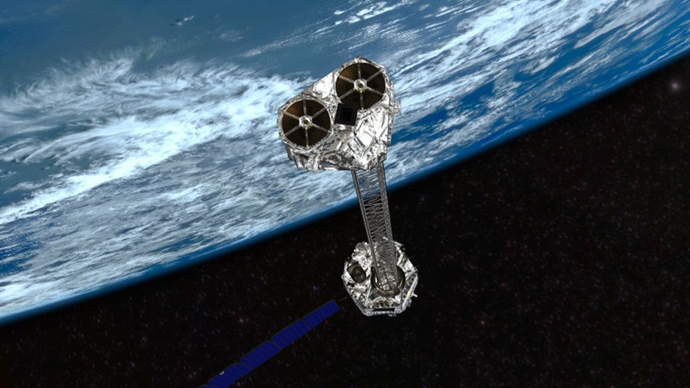 After deploying its mast, the NuSTAR observatory began a series of checkout procedures. The procedures include measuring the alignment of all the components of the spacecraft systems that determine the pointing direction of the telescope, and bringing the X-ray digital cameras online. The team tuned up the spacecraft so that the long telescope can be pointed accurately at different locations in the sky, and they are completing the process of making the pointing direction accurate.

The X-ray digital cameras were turned on so that the team can tune up their performance. The cameras are operating well. A calibration source was inserted in the field, and it has been determined that the cameras are accurately measuring the energy of incoming X-rays. The team is preparing for the first-light images on Thursday.