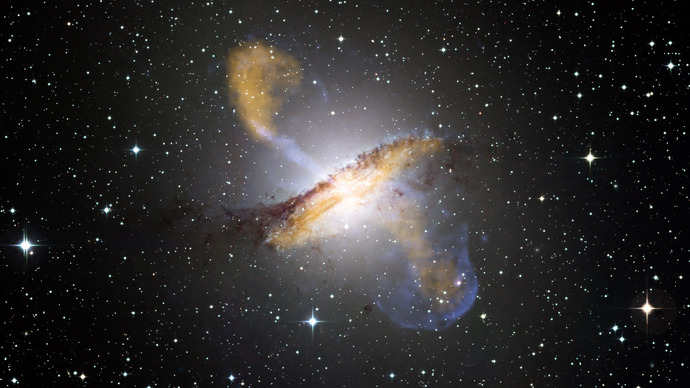 The Centaurus A galaxy. A supermassive black hole lurks at the center. Credit: NASA/CXC/CfA//MPIfR/ESO/WFI/APEX

NASA recently confirmed that the Nuclear Spectroscopic Telescope Array, or NuSTAR, mission will launch in August 2011. NuSTAR will carry the first high-energy X-ray focusing telescopes into orbit, providing a much deeper, clearer view of energetic phenomena such as black holes and supernova explosions than any previous instrument has provided in this region of the electromagnetic spectrum.

NuSTAR is a NASA Small Explorer mission led by Caltech, managed by JPL, and implemented by an international team of scientists and engineers. Fiona Harrison, a professor of physics and astronomy at Caltech, is the team's principal investigator. The official confirmation follows two years of detailed design and reviews that have enabled NASA to determine that the NuSTAR team is ready to build the flight hardware. More information is online at www.nustar.caltech.edu.