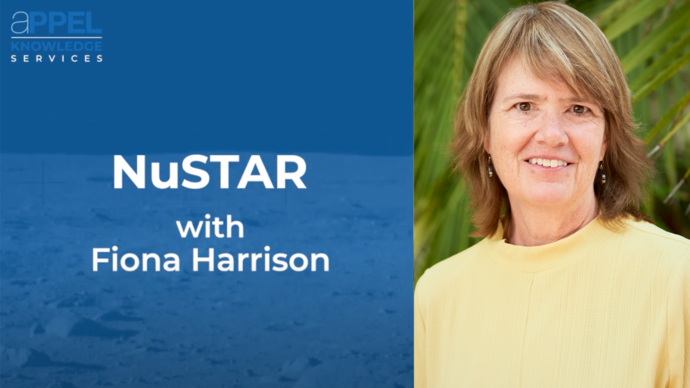 Launched from a rocket strapped to the belly of an aircraft on June 13, 2012, NASA's NuSTAR mission is celebrating 10 years in space. The mission, which detects high-energy X-rays, has made numerous discoveries over the years about extreme cosmic objects, including black holes, supernova remnants, pulsars, our own fiery sun, and more. In this Small Steps, Giant Leaps podcast the mission's principal investigator, Fiona Harrison, who is also the Harold A. Rosen Professor of Physics and the Kent and Joyce Kresa Leadership Chair of the Division of Physics, Mathematics and Astronomy at Caltech, looks back on NuSTAR's journey and discusses where the future may lead.

The web pages include direct links to listen / subscribe to the podcast via Apple Podcasts, Google Podcasts, iHeartRadio, SoundCloud and RSS.

The episode is also available on social media at the links below.