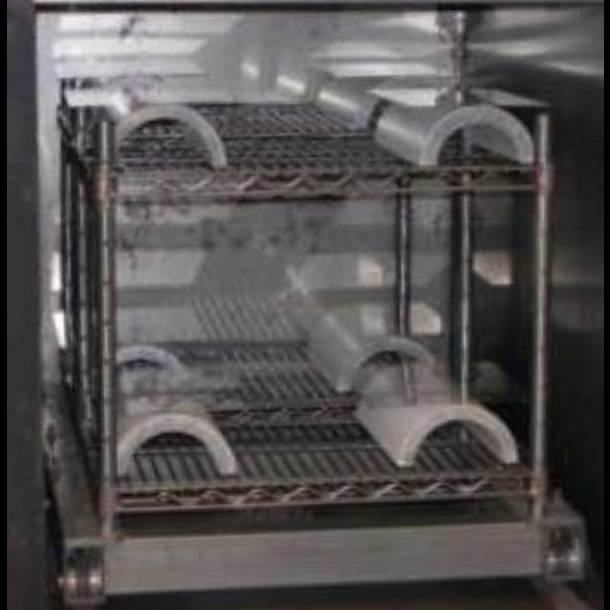 The NuSTAR glass optics are being shaped at the Goddard Space Flight Center (GSFC) mirror development lab, led by Will Zhang. The mirror team has worked over the past decade perfecting a new technique to rapidly produce high-quality X-ray mirror optics. They begin with readily-available, commercial glass, similar to what is used for laptop computer screens. The glass is then carefully placed atop a properly figured and polished quartz cylindrical mandrel inside a high temperature oven. As the oven heats up to about 600 C (1100 F), the glass softens and sags under its own weight, wrapping itself around the mandrel. When the glass is removed, the resulting segment is a near perfect replication of the mandrels surface. To build up the concentric layers of the final NuSTAR optics, over 70 quartz mandrels of increasing radius were used.

After this process, called slumping, the glass segments were shipped to Denmark where they were coated with a multilayer surface optimized to enhance the reflectivity of the mirrors over the entire NuSTAR energy range. The coated glass was then shipped to Columbia University where they were assembled into the final flight optics units. In total, NuSTAR has two optics units, each comprised of 133 shells and each shell comprised of upto 24 individual mirrors. The slumping, coating, and assemblage of the nearly 5000 glass pieces which make up the NuSTAR optics commenced in Spring 2009 and took just over one year to complete.