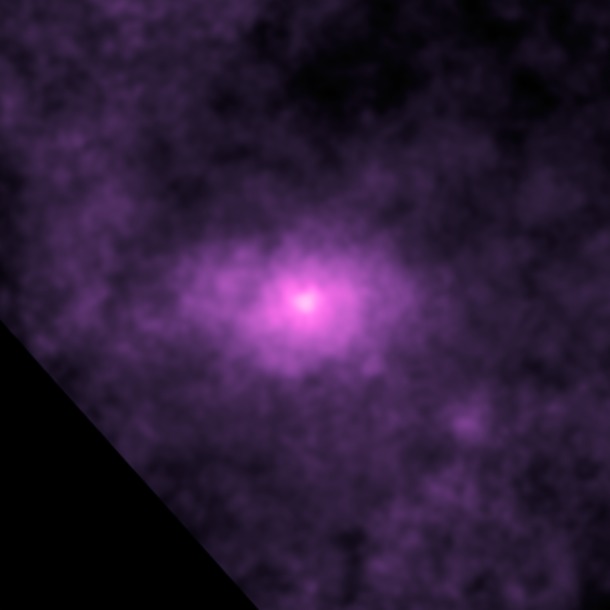 This picture from NASA's Nuclear Spectroscopic Telescope Array, NuSTAR, shows the very center of our Milky Way galaxy. The intense light near the center of the X-ray picture is coming from a spinning dead star, called a pulsar, which is near our galaxy's central supermassive black hole. While the pulsar's X-ray emissions were known before, scientists were surprised to find more high-energy X-rays than predicted in the surrounding regions, seen here as the elliptical haze.

Astronomers aren't sure what the sources of the extra X-rays are, but one possibility is a population of dead stars.

The NuSTAR image has an X-ray energy range of 20 to 40 kiloelectron volts.