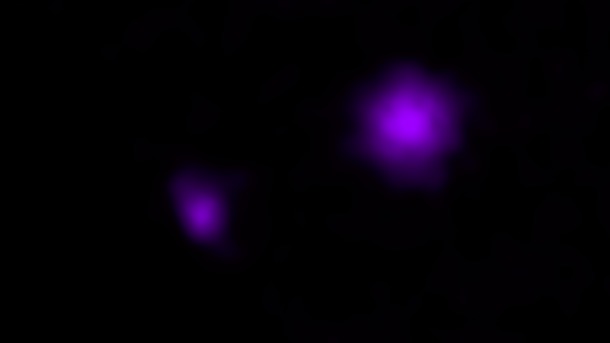 NuSTAR's serendipitous discovery in this field lies to the left of the brighter X-ray source seen in the galaxy, called IC 751, at which the telescope originally intended to look. Both magenta blobs show X-rays from massive black holes buried at the hearts of galaxies.