The simple paper model was created and used for the Summer Skies outreach event in 2018.

Components of NuSTAR: From Paper Model to the Actual Satellite 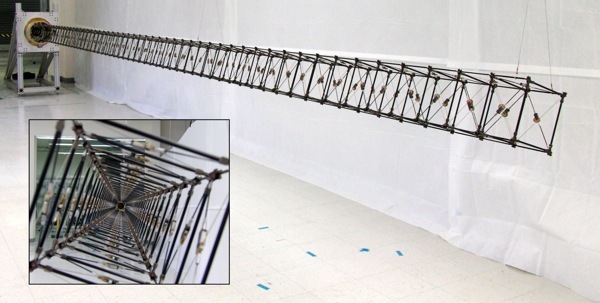 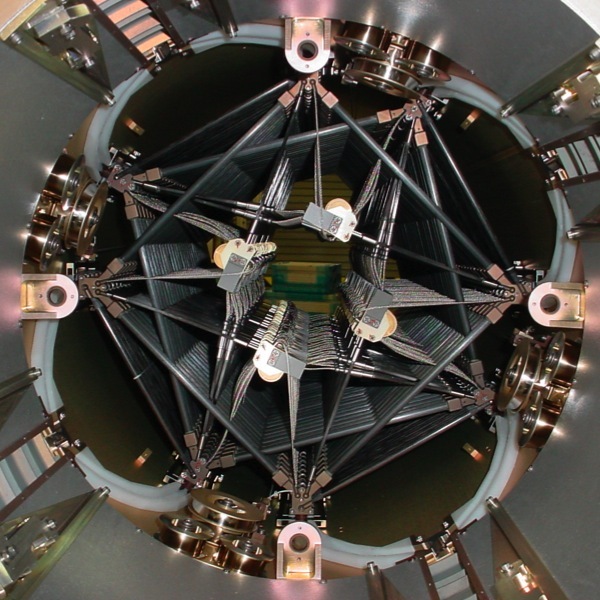 The NuSTAR mast in its stowed for launch. 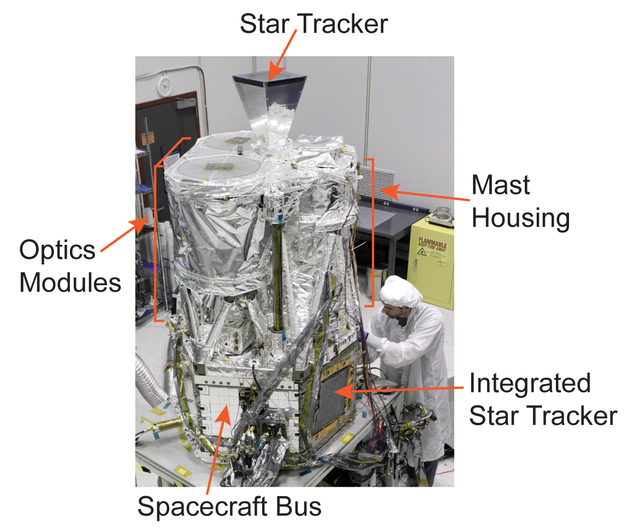 Essential to the NuSTAR design is a deployable mast which extends to 10 meters (30 feet) after launch. This mast separates the NuSTAR X-ray optics from the detectors, a necessity to achieve the long focal length required by the optics design. Using a deployable structure allows NuSTAR to launch on a Pegasus XL rocket, one of the smaller launch vehicles available. Previous focusing X-ray missions such as Chandra and XMM-Newton launched fully deployed.

This extendable mast was built by ATK Goleta, which specializes in space-based deployable structures. They have built structures that have flown on the International Space Station, on Mars landers, and a mast similar in design albeit much larger in scale that flew on the Space Shuttle Endeavor in February 2000.

NuSTAR’s solar panel is capable of generating 729 watts of power that can be stored in two lithium-ion batteries, much like the batteries in mobile phones.

By constantly tracking the location of guide stars along multiple axes, NuSTAR can maintain its orientation in space during an observation. 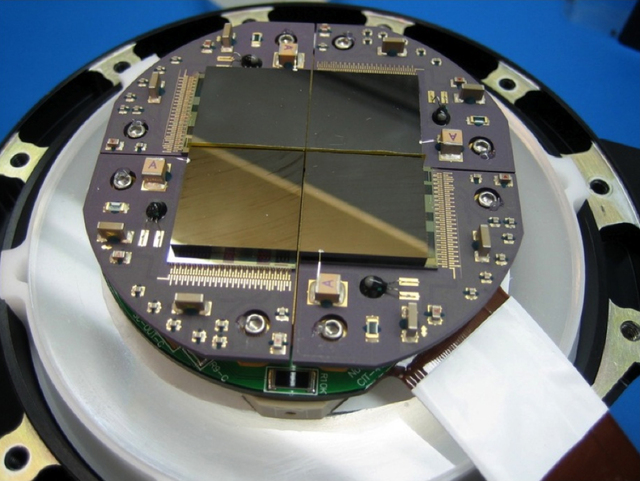 One of the CZT detectors attached to the focal plane motherboard (credit: Caltech)

NuSTAR has two detectors that use Cadmium-Zinc-Tellurium (CZT) shielded with Cesium-Iodine crystals. The detectors sit inside the focal plane modules on the opposite end of a long extending mast from the optics. They record the images captured by the optics, much like film in a camera records optical light captured by a lens.

The focal planes are shielded by Cesium-Iodine crystals that surround the detector housing. The crystal shields register high energy photons and cosmic rays which cross the focal plane from directions other than along the NuSTAR optical axis. Such events are the primary background for NuSTAR and must be properly identified and subtracted in order to distinguish between those and high energy photons from cosmic sources.

Light path in a Wolter-I design. Incoming light is reflected by two sets of mirrors into the focal plane.

High energy X-rays would pass directly through most mirrors. The specialized Wolter-I mirrors reflect X-rays at glancing angles twice, once off an upper mirror section and again off a lower mirror section. Since the angles are so shallow, consecutive shells of mirrors, 130 in total, are nested tightly together to increase collecting area. NuSTAR has two of these Wolter-I optical units, each pointing at the same patch of sky.