NuSTAR is opening a new window on the Universe by being the first satellite to focus high-energy X-rays into sharp images. NuSTAR’s high-energy X-rays eyes see with more than 100 times the sensitivity of previous missions that have operated in this part of the electromagnetic spectrum, and with 10 times better resolution. NuSTAR sheds light on some of the hottest, densest, and most energetic objects in the universe. 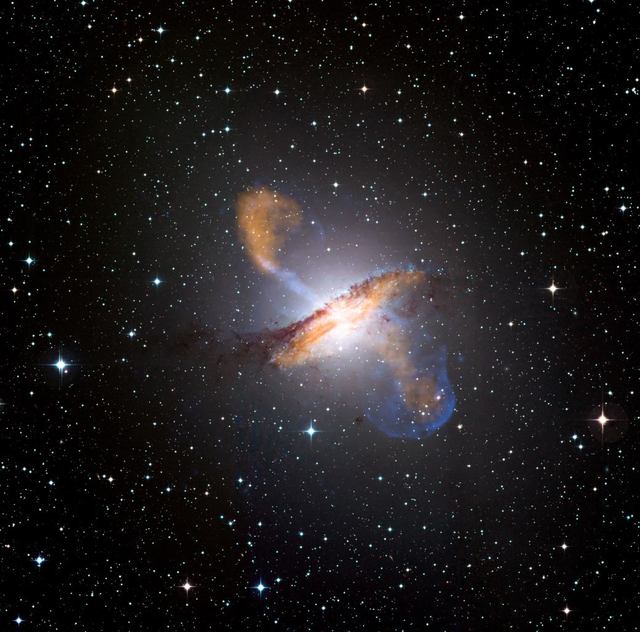 NuSTAR extends the power of focusing, employed by low-energy X-ray telescopes like NASA’s Chandra Observatory, to higher energies. This enables NuSTAR to use the penetrating power of high energy X-rays to peer through dust and gas, uncovering black holes and neutron stars buried in the heart of the Milky Way as well as other galaxies.

NuSTAR addresses exciting questions like: How were elements that compose our bodies and the Earth forged and dispersed in the explosions of massive stars? What powers the most extreme active galaxies? Perhaps most exciting is the opportunity to discover wonders we have not yet dreamed of.

In its two-year primary science phase, NuSTAR conducted a number of key programs that have changed the way we understand the high-energy Universe. These programs are continuing in NuSTAR's extended mission phase.

Conducting a Survey of Black Holes:

Black holes, tears in the fabric of space-time from which no light can escape, are among the most exotic objects in the Universe. They can form as remnants left over by the collapse of massive stars.  We also see super-massive black holes – millions to a billion times our Sun’s mass – that grow in the hearts of galaxies over cosmic time by ‘swallowing’ surrounding dust and gas, entire stars, and even other black holes. One of NuSTAR’s primary aims is to find black holes, both within our Milky Way Galaxy and in other galaxies, to study how they grow, how the in-falling matter radiates, and to understand them both as the fossil remnants of stars and the building blocks of galaxies.

Massive stars end their lives in dramatic thermonuclear explosions, called supernovae. These stars, and their explosions, are responsible for forging many elements central to our existence – including carbon, oxygen and calcium. The processes that cause stellar explosions, and the sequences that produce these elements are still very poorly understood.  NuSTAR, with its enhanced sensitivity in the high energy X-ray band, is able to view young remnants, still glowing in radioactive material that will eventually decay to form stable elements, offering detailed views into the heart of the explosion.

A small fraction of super-massive black holes exhibit extreme behavior – spewing out jets of material moving very close to the speed of light.  These jets can be so powerful that they choke off the creation of stars, leading to the death of the surrounding galaxy. The processes that create these jets, and which accelerate particles, are not understood.  By teaming with observatories from the radio to the high-energy gamma-ray band, NuSTAR is helping to unravel the exotic physics taking place around these extreme black holes.

Finding the Compact Remnants of Exploded Stars in the Milky Way:

The central region of the Milky Way Galaxy is littered with the compact remnants of exploded stars:  neutron stars, white dwarfs, and black holes. This fossil record informs us about how stars evolve in isolation and in binary systems.  These incredibly dense objects are laboratories in which to study the physics of matter at the extremes of gravity and magnetic field strength.  NuSTAR’s sensitivity in the high-energy x-ray range enables it to peer deep into the Galaxy to open a new window on these populations.

Other Science With NuSTAR:

NuSTAR is undertaking a wide variety of observations.  In addition to its cosmic objectives, it is observing our own Sun and its atmosphere – the solar corona.  NuSTAR is shedding light on what heats this tenuous atmosphere, and the energetic processes that take place in giant solar flares.

To learn more about NuSTAR's instruments, which help us better understand our Universe, please visit the Instrumention page.