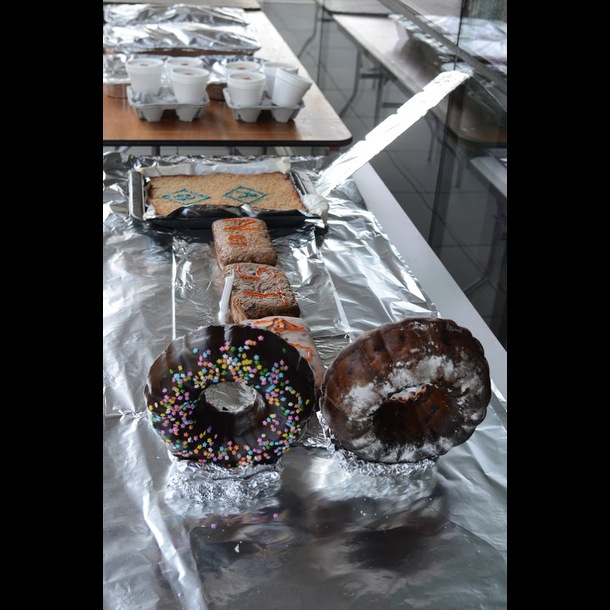 On June 13, 2013 scientists and friends of NuSTAR celebrated the first anniversary of the successful launch and deployment of the instrument. Members of the NuSTAR team at the California Institute of Technology (Caltech) baked a cake resembling the shape of NuSTAR, with its two optical modules, the extended mast and the focal plane module.