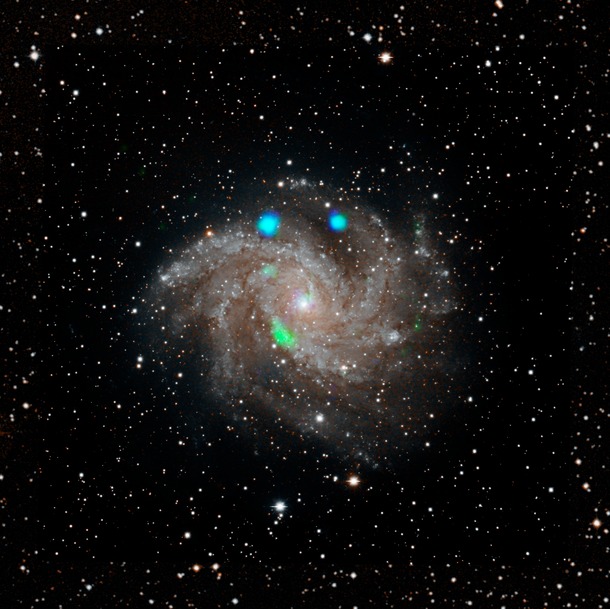 This visible-light image of the Fireworks galaxy (NGC 6946) comes from the Digital Sky Survey and is overlaid with data from NASA's NuSTAR observatory (shown in blue and green). Blue light indicates X-rays captured during the first of two observations by NuSTAR, in May 2017. Green light indicates X-rays seen less than two weeks later in the second observation. This means that the source of the green spot to the lower left of the galactic center began radiating in the time between those two observations. Two bright sources near the top of the image show a combination of blue and green, indicating those sources were visible during both observations. The X-ray data don't have the same spatial resolution as the visible-light image, so the X-ray sources appear larger.