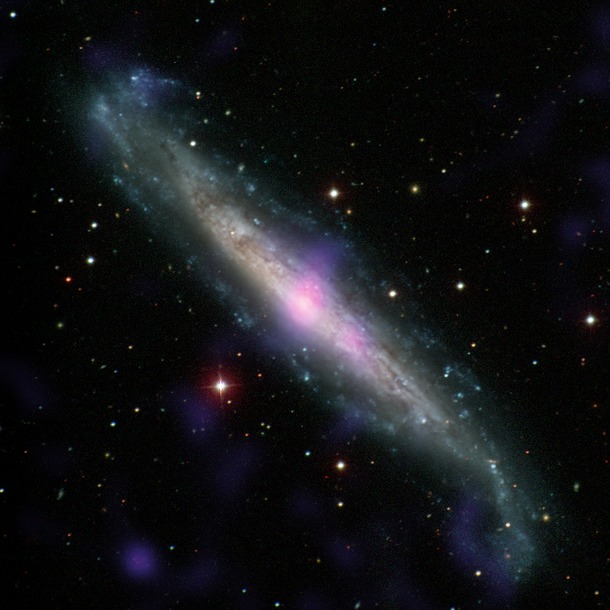 NGC 1448, a galaxy with an active galactic nucleus, is seen in this image combining data from the Carnegie-Irvine Galaxy Survey in the optical range and NuSTAR in the X-ray range.

This galaxy contains an example of a supermassive black hole hidden by gas and dust. X-ray emissions from NGC 1448, as seen by NuSTAR and Chandra, suggests for the first time that, like IC 3639 in PIA21087, there must be a thick layer of gas and dust hiding the active black hole in this galaxy from our line of sight.