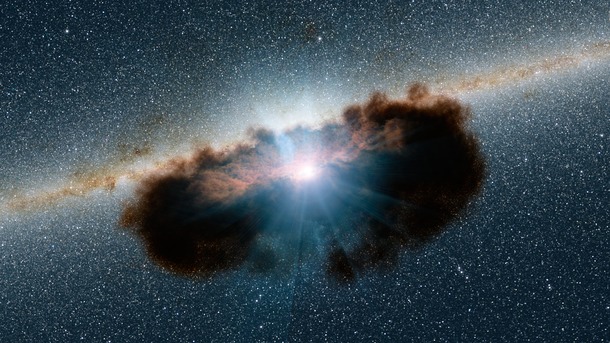 Artist illustration of a supermassive black hole. This active black hole is one of the most obscured known, meaning that it is surrounded by extremely thick clouds of gas and dust.

The NuSTAR data revealed that the torus of gas and dust surrounding the black hole, also referred to as a doughnut, is more clumpy than previously thought. Doughnuts around active, supermassive black holes were originally proposed in the mid-1980s to be smooth entities. More recently, researchers have been finding that doughnuts are not so smooth but have lumps. NuSTAR's latest finding shows that this is true for even the thickest of doughnuts.