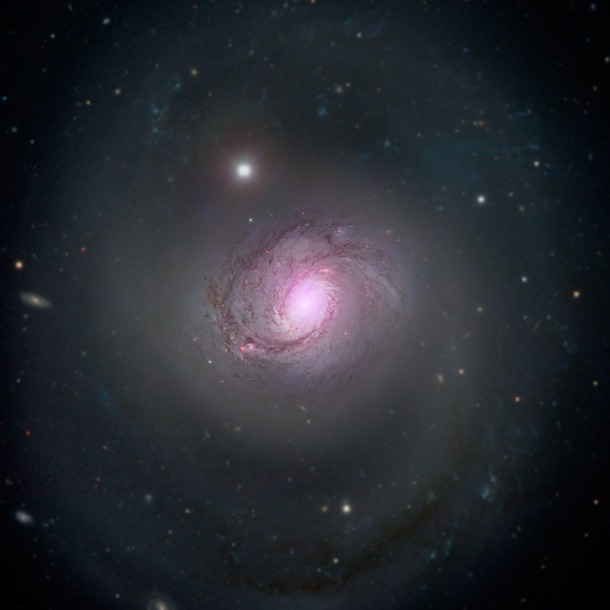 Galaxy NGC 1068 is shown in visible light and X-rays in this composite image. High-energy X-rays (magenta) captured by NASA's Nuclear Spectroscopic Telescope Array, or NuSTAR, are overlaid on visible-light images from both NASA's Hubble Space Telescope and the Sloan Digital Sky Survey. The X-ray light is coming from an active supermassive black hole, also known as a quasar, in the center of the galaxy. This supermassive black hole has been extensively studied due to its relatively close proximity to our galaxy. NGC 1068 is about 47 million light-years away in the constellation Cetus.

The supermassive black hole is also one of the most obscured known, blanketed by thick clouds of gas and dust. NuSTAR's high-energy X-ray view is the first to penetrate the walls of this black hole's hidden lair.