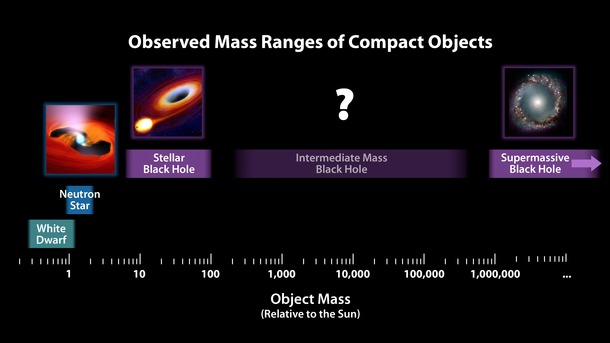 While neutron stars -- which are created from the explosions of stars more than about 10 times the mass of the sun -- are low in mass compared to black holes, they are still quite hefty and incredibly dense. A spoonful of a neutron star would weigh as much as all of the humans on Earth.

Researchers suspect that a class of intermediate-mass black holes exist, with masses up to more than 100,000 times that of our sun, but the mystery remains unsolved.