Evolution of a Supernova 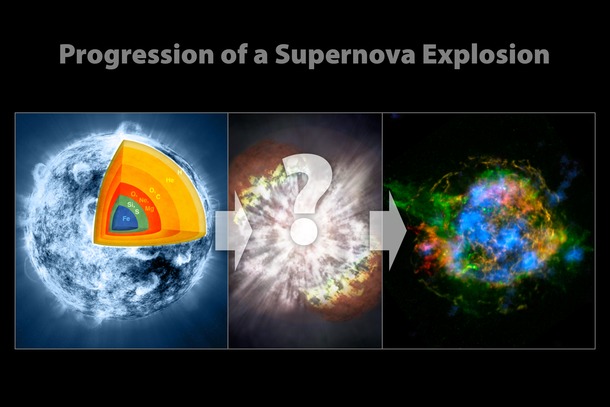 These illustrations show the progression of a supernova blast. A massive star (left), which has created elements as heavy as iron in its interior, blows up in a tremendous explosion (middle), scattering its outer layers in a structure called a supernova remnant (right). The supernova explosion itself also creates many elements, including those heavier than iron, such as gold. New observations from NASA's Nuclear Spectroscopic Telescope Array, or NuSTAR, are filling in the missing pieces in the puzzle of how massive stars explode.