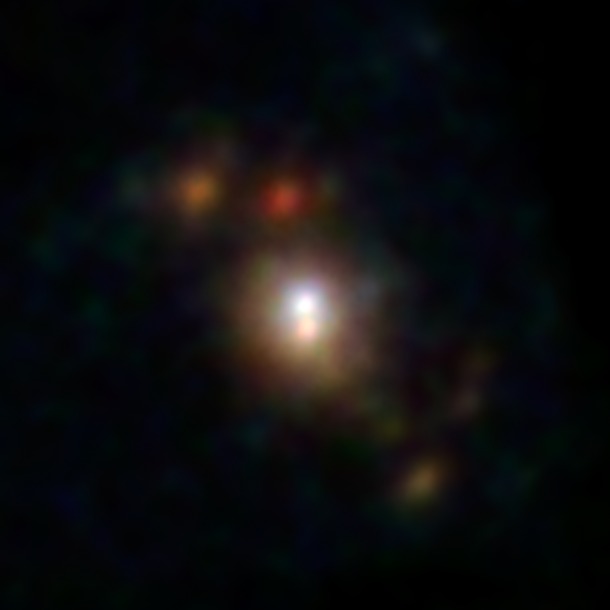 The findings, when combined with those from NASA's Chandra X-ray Observatory, suggest that the supermassive black hole at the center of the Sculptor galaxy, also known as NGC 253, has dozed off, or gone inactive, sometime in the past decade. Future observations from both telescopes should help address this mystery.

The NuSTAR data also reveals a flaring source of high-energy X-rays, called an ultraluminous X-ray source, or ULX. This object, which appears as a blue spot near the hotter, central region of the galaxy, is either a black hole or a dense, dead star, called a neutron star, feeding off a partner star. The flare is thought to be the result of a change in the object's feeding patterns.

The other orange and reddish points are likely additional X-ray-generating pairs of stars located throughout the galaxy.