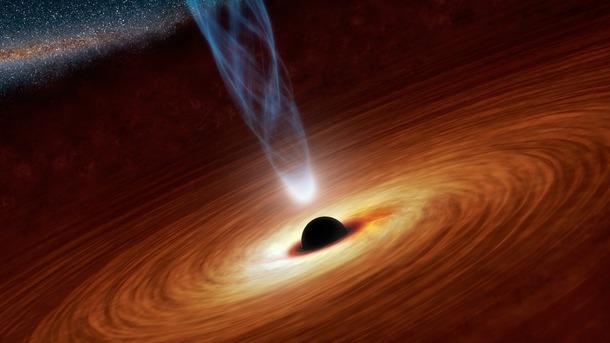 Also shown is an outflowing jet of energetic particles, believed to be powered by the black hole's spin. The regions near black holes contain compact sources of high energy X-ray radiation thought, in some scenarios, to originate from the base of these jets. This high energy X-radiation lights up the disk, which reflects it, making the disk a source of X-rays. The reflected light enables astronomers to see how fast matter is swirling in the inner region of the disk, and ultimately to measure the black hole's spin rate.