Sizzling Remains of a Dead Star 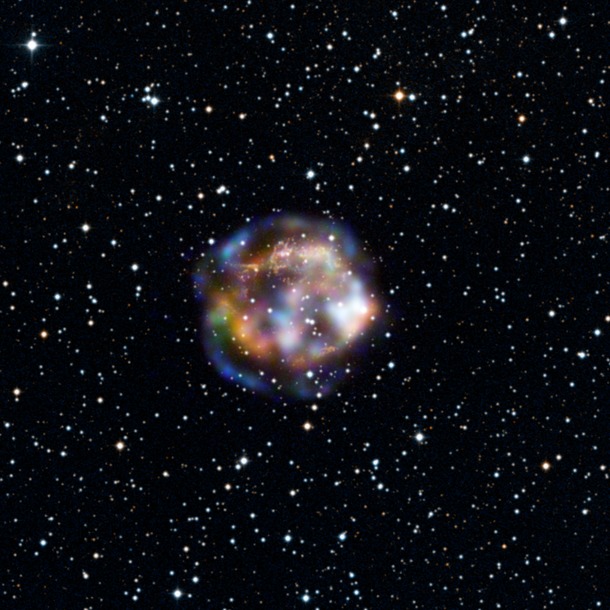 This new view of the historical supernova remnant Cassiopeia A, located 11,000 light-years away, was taken by NASA's Nuclear Spectroscopic Telescope Array, or NuSTAR. Blue indicates the highest energy X-ray light, where NuSTAR has made the first resolved image ever of this source. Red and green show the lower end of NuSTAR's energy range, which overlaps with NASA's high-resolution Chandra X-ray Observatory.

Light from the stellar explosion that created Cassiopeia A is thought to have reached Earth about 300 years ago, after traveling 11,000 years to get here. While the star is long dead, its remains are still bursting with action. The outer blue ring is where the shock wave from the supernova blast is slamming into surrounding material, whipping particles up to within a fraction of a percent of the speed of light. NuSTAR observations should help solve the riddle of how these particles are accelerated to such high energies

The starry background picture is from the Digitized Sky Survey.